So you want to be Sarah Lund?

Sarah Lund, serious faced, dysfunctional and intelligent has been hailed as “the” female detective in the Danish television series The Killing. She is one of few women police officers seen in the fictional world of popular culture. If you want to be Sarah Lund in the real world and in the UK, what are your chances? A trawling of publically available police statistics and a Freedom of Information request tells us something about the odds of successfully reaching a higher rank in the police if you are a woman. In the first place, women constitute only 26% of the police force. 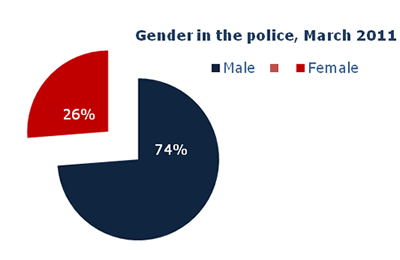 Moreover, women are not well represented numerically in police ranks. Their numbers are clustered in the lower ranks of constable and sargeants and they are not present proportionately in the upper ranks. 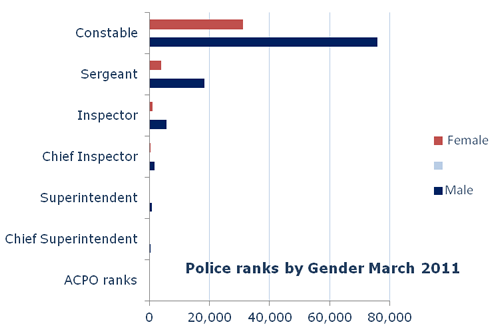 However statistics over joining and dismissals from 2008 to 2011 give a rather more hopeful message.  Although women are still outnumbered the percentage entering the police is up. About 70% of joiners are male and 30% are female. 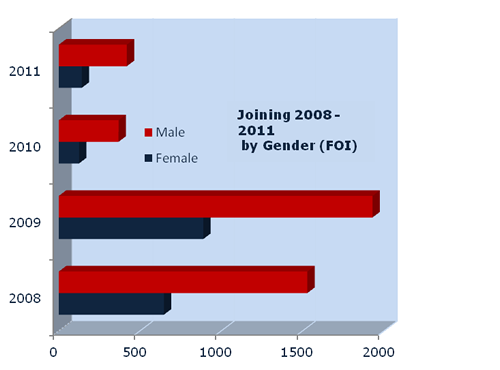 Interestingly dismissals show far more men being dismissed (94%) than women (6%) indicating perhaps that women are more valued once in post and that their chances of rising up the ranks are increasing. 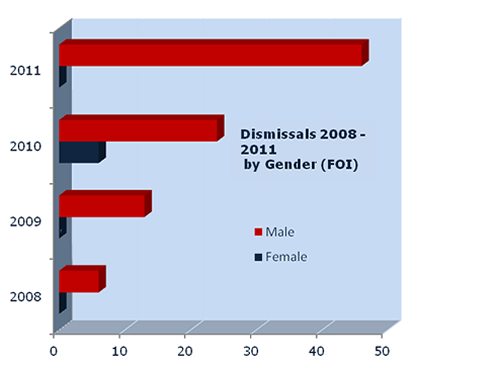 Dismissals from the police by gender 2008 2011 (FOI request E.Whalley

Nevertheless, the number of women rising above the rank of Sargeant remains relatively low and if we add in ethnicity to the mix, that proportion is worrying low. Only two women(BME) have reached the rank of Superintendent between 2008 to 2011 and none have become Chief Police Officers though five women have done so. 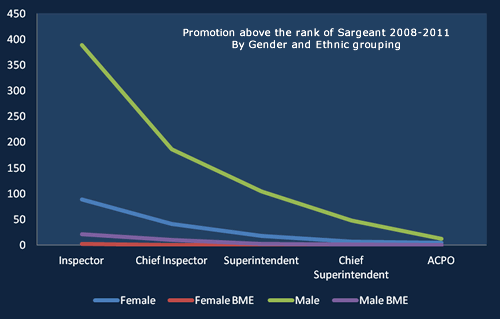 In 1883 the Metropolitan Police employed a female visitor to visit women convicts on a licence and under police supervision. Although things have moved on from then (See An interesting timeline of women in the police) there is still plenty of room for further progress. For support take a look at British Association for Women in Policing.

Featured image source : http://en.wikipedia.org/wiki/File:Sofie_Gråbøl.jpg, This picture is the property of aimee daniells, used with the permission of aimee daniells through the Wikimedia Commons