Recruitment and Saving the Clipper 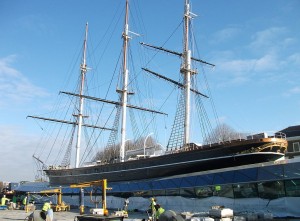 In terms of the FOI, its just because not necessarily everyone wants to go for promotion and its difficult to get to that level. It’s not because of discrimination or anything, I’m the only woman in London of that rank just because I was quite keen on promotion and it’s hard to get promoted.

In terms of numbers we’ll never even out the numbers in terms of men and women fire-fighters  just because of  the sheer numbers we employ we could never make it equivalent to the population.  We’ve recruited and got a whole load more women more than we’ve ever had in the last 10 years, we’ve trebled the number. We’ve got 6,000 fire-fighters and around 300 of them are women.

It’s also worth remembering a lot of women don’t want to be fire-fighters.  Its not everybody’s cup of tea.  We do a lot of advertising and positive action but it’s not a popular career choice. We go to places where you might think women would be interested in being fire-fighters like sports clubs where you do a lot of physical fitness and lots of team work but its still not that popular.

Its also just  really competitive to become a fire-fighter, so we get people men and women who have done five or six applications and not everyone makes it.

A number of women will struggle with certain things because of the physical aspects of it, stature and things and a large number of women just don’t want to be fire-fighters

If you look at the professions of beautician, model, hairdresser, fire-fighter… very few women will pick fire-fighter

It’s not what a lot of girls want to be seen to be doing. It’s quite a macho culture and its just not something that appeals. I mean for me I’m the opposite. I would not want to be a beautician for all the tea in china!

What are the worst and most positive experiences that stand out in your career thus far?

Of course the worst experience is any time when someone loses their life just because of the tragedy and the loss and the sadness of it. I mean when I was very young (she was 19 at the time) I attended the Clapham train crash, and that was very sad, I’d only been in the job about three months and the first two people had lost their lives there and that will always remain with me. It didn’t affect me mentally, I didn’t lose sleep over it but I’ll always have it in the back of my mind as something that was really sad because so many people died and it was so very early on in my career

And I suppose my proudest moment was being the fire-fighter in charge of the operation that helped save the Cutty Sark.

They’ve just re-opened her this week after a fifty million pound re fit  and managing to save as much of the ship as we did was probably my proudest moment. See the BBC article here.

What happened was that an industrial vacuum  cleaner had been left out and caught fire and the ship was being re-done so there was lots of tarpaulin around that caught fire.

Thanks to the early work of the first crews there we managed to stop the fire and more importantly to stop the cast iron hull from being distorted so it could be restored ! We helped to save one of the pieces of our country’s history !

Source of Featured Image: Kevin Macleod of http://incompetech.com/gallimaufry/photos/other.html. This picture has been used with permission of Mr Macleod under the Creative Commons Attribution 2.5 Licence.