Women In The Force?… What A Notion! 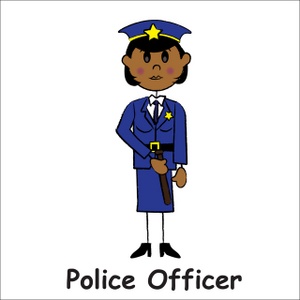 Used with the Permission of http://www.business-clipart.com/business_clipart_images/female_police_officer_0515-0911-0522-5462.html via Wikimedia commons

Women and their role in the police continues to be a source of controversy in the force. Ellie Mae O’Hagan wrote in The Guardian recently about the problems of women in the police force  and the worries over the return of the ‘macho culture’ of previous times as well as the worries of current officers who cannot get promoted.

While her piece is interesting the comments below are the really fascinating bit. One takes offence arguing that the reduction ‘masculine’ or ‘macho culture’ is a positive and the way in which women have appropriated it is damaging to the young men of this generation. This person goes on for a while but my personal favourite of his comment is  ‘If some women find machismo such a stumbling block then perhaps they are a little too sensitive for the profession in the first place and should consider a change.’ Others complain about the public sector as opposed to the private sector.

What is striking read the comments as a whole is how few people are in favour of women or remotely sympathetic to them. The general reaction of the comments is that women should ‘put up or shut up’.

Whether women will remains to be seen.